The drawing above illustrates the development project of the Quintin estate imagined by the students of the Chaillot School in 2013. In particular, they propose to open up the castle more to the city by creating a walking circuit linking the Old Castle, the ramparts and the Archive Tower, the latter providing the link between the two castles and the city.

A state of peril

The whole building had long since been decommissioned. Roofing in very poor condition was conducive to significant water infiltration, which ruined most of the interior floors and some of the facings.

The disappearance of many frames accelerated its degradation. In 2008, a security perimeter was established following a peril order issued by the ABF and renewed in 2012 by the ACMH Christophe Batard.

Three stages of restoration, both inside and outside, were undertaken: the partitions, windows and floors were removed and the castle was completely covered with spectacular scaffolding.

An exceptional sequence of work, the original roof structure was dismantled, reassembled and restored 300 km from Quintin, in Thouars, in the workshops of the Asselin company, before being reassembled at the château a few months later.

During this phase, the castle was literally an empty shell, where only the walls, stairs and the framework of the floors remained.

In 2018, interior work begins, with the restoration of the floors. The deteriorated state of the beams and the need to comply with safety standards for opening to the public lead to the replacement of all the beams and the installation of a connected floor.

The restoration phase in progress concerns the exterior joinery and ironwork of the bays. The Asselin company is working on all the exterior joinery, while the railings are being restored by the Metafer Patrimoine company, a Living Heritage Company based around 10 km from Quintin.

At the end of this phase, the Old Castle will appear finished from the outside, and will then offer the city of Quintin an extremely rewarding aspect. 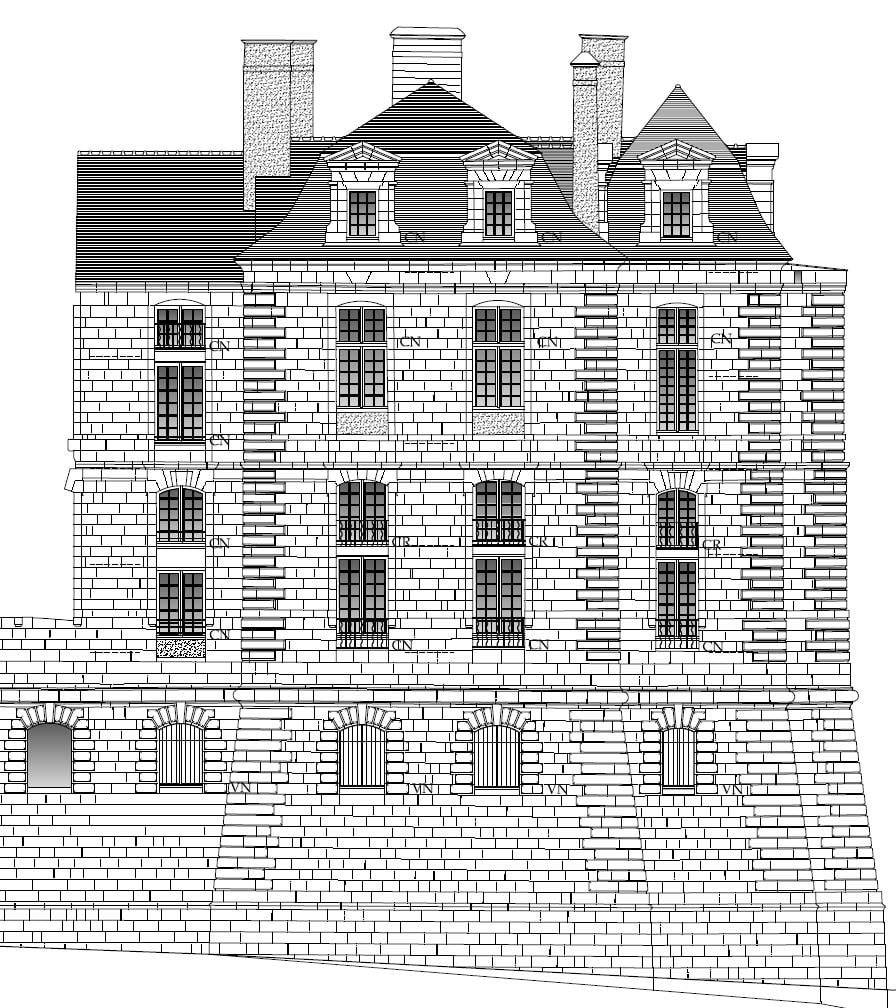 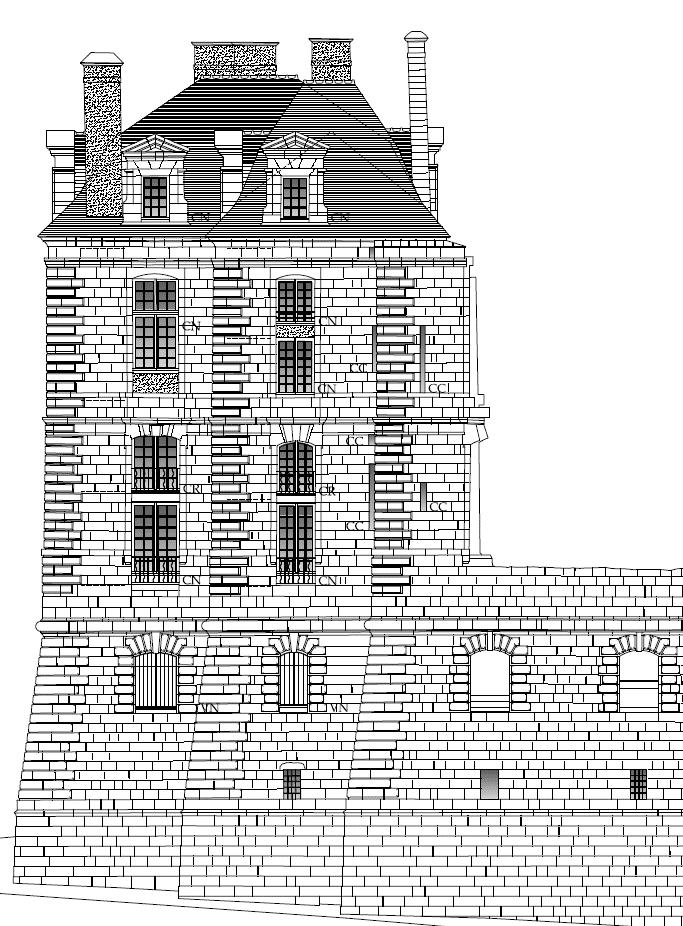 From the initial restoration campaign, several phases of work remain to be carried out:

Open to the public for more than 30 years, the 18th century castle has been inhabited by four generations and requires heavy daily maintenance.

Like any heritage, the 18th century castle requires constant maintenance of its gardens, interiors, facades and roofs. For a long time, the priority given to the preservation of the 17th century castle has been postponed, and the painting of the exterior joinery will have to be started quickly. In the coming years, the roofs will also have to be restored.

The Archive Tower: Candidate for the Mission Bern 2020

The Archive Tower is an integral part of the planned arts and crafts centre in 2025. Today in a state of peril, it threatens to collapse at any moment. Its safeguarding is however essential for the castle and the town.

The Archive Tower is an integral part of the planned arts and crafts centre in 2025. Today in a state of peril, it threatens to collapse at any moment. Its safeguarding is however essential for the castle and the town. 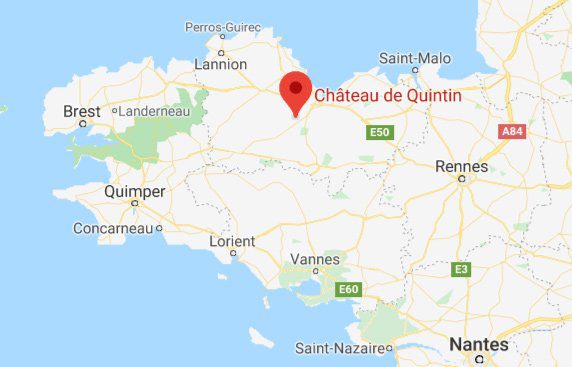 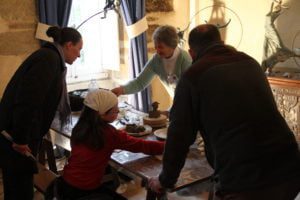 Cancellation of the European Craft Days at the Château de Quintin 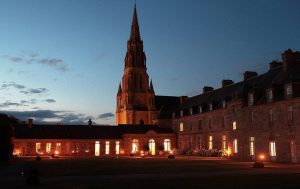 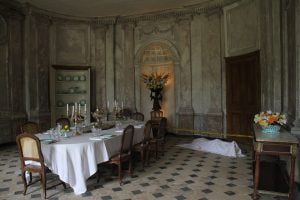 Cancellation of the murder parties at the Château de Quintin

Following the latest measures announced by the government, the Château de Quintin is exceptionally closed to visitors until further notice.